Welcome aboard the S.S. Amour! These forums are for anyone who wish to discuss AmourShipping (SatoSere) or any other ships and to chat with the community.

You are not connected. Please login or register

Marrisonshipping is the name given to the belief of Alan/Alain and Manon's/Mairin's potential in being involved in a romantic relationship. The name's origin comes from the French name Marriso (w/out the 'n'), which is used by X to name his Chespin in the Pokemon Adventures manga. Plus, Alain is the French form of Alan, and he was previously an assistant of Professor Sycamore in the lab where they give the starters to new trainers.

1. All general rules apply here.
2. No bashing or flaming. Respect other people's opinions and beliefs, as well as other characters and shippings.
3. No double/triple/quadruple/5+ posts. Edit your previous post if you want to add or fix something.
4. Stay on-topic. Avoid discussing/commenting about the latest episodes, and do not talk about other shippings here (They have their own threads), unless they are related in a way or another to MarrisonShipping.
5. No one-liners. In other words, avoid posts with just a single line. Elaborate more, otherwise they will be considered SPAM.
6. If you wish to post a fan art, remember to give credit to the respective artist. In case you don't know who the artist is, say so.
7. Each member will have three chances, before being banned from the thread.

Fanfictions:
None so far.

If you have a fanfic you want to suggest, simply post its link and the name of the author/authoress.

Fanarts:
None so far.

If you have a fan art you want to share, simply post it and the name of the artist.

AMVs:
None so far.

Banners:
None so far.

Any questions/suggestions are welcome. 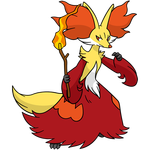 This is my only other Pokemon Shipping I like other than InsectivoreShipping, MirrorAmourShipping and AmourShipping.

This ship has a real chance of becoming canon due to the fact that it was teased and Alain's bond with Mairin already had went through a lot of development.

Not to mention, Amour's chances of becoming canon will skyrocket if this shipping becomes canon.

I was wondering, do you guys think Steven can be a potential love rival and spice this shipping up with a bit of a love triangle? I don't know why but, I think Mairin might fall for him and Alain could get jealous.
matthew11

This is my only other Pokemon Shipping I like other than InsectivoreShipping, MirrorAmourShipping and AmourShipping.

This ship has a real chance of becoming canon due to the fact that it was teased and Alain's bond with Mairin already had went through a lot of development.

Not to mention, Amour's chances of becoming canon will skyrocket if this shipping becomes canon.

I was wondering, do you guys think Steven can be a potential love rival and spice this shipping up with a bit of a love triangle? I don't know why but, I think Mairin might fall for him and Alain could get jealous.

And the fact that that just happened 1 episode away from the first episode! Also, there interactions changed dramatically in Act II, where in Act I, Alan seems to be not mind Manon's clumsiness, or he doesn't really care at all. Oh man, I can't wait for Act III!

As to the question, it's a 50/50. If Steven is taking Alan's place in helping the clumsy female from clumsiness, it's possible. But for now, that's just breaking my heart a little, man!

As I've already said before, I'mma join up XD

What do you love about MarrisonShipping?

The thing I like most about this ship is how Mairin has turned Alain into a person who seems to have actual human emotion. Before he met her, he didn't seem like a person who cared about anything but becoming stronger. However, it's clear that he has started to care for her wellbeing.

"Get chance and luck!"
PotSmuggle

So it is very likely that we will get some more hints in Act III due to the nature of the Mega Evolution series.
Next episode is in spring I believe.

Wow, it looks like we got a lot of hints this episode. Waiting for subs to come out.

The Lord and Saviour of AmourShipping.
Virgo

Since Mega Evolution. Act. III came out. This topic has been restored. So enjoy.

For the start tell how much relationship between Alain and Marin improved in this episode. 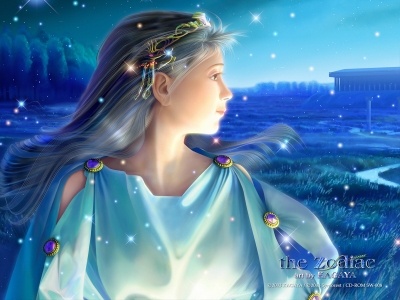 I've been away from here for much longer than I should've been. But let us discuss the shippy context in the latest special.

Ummm... Yeah I utterly have no words to describe Alan and Manon's growing relationship. It's just 3 episodes, and yet their relationship has grown much larger than any other pairs, much more in just a short amount of time.

In the Devon Corp building, when Steven and Alan were about to go and find the large crystal, I assume that Manon was intended to stay behind and be safe. I don't speak Japanese, but I can tell that their conversation was about being safe and Manon decides for herself to go with them, but Alan declines and she should stay behind. One can easily say that Alan treasures Manon so much he couldn't bare to see her getting hurt, especially during their last encounter with Rayquaza. And yet Manon is too stuborn to stay safe and secretly boards the pkaon in the hatch section.

During the battle between Kyogre and Groudon, Alan was helping his Charizard on the icicle path made by Kyogre after it was hit by Groudon's signature move. The two ancient Pokemon begin to wrestle, and Kyogre was thrown at Alain's location. But bere it lands, Groudon shoots a Hyper Beam and when it hits, it turms to scattered beams which nearly hit Alan, but the flrce was enough to throw him at a large ice block, and seemingly knocking him out. Manon saw this from the copter, and opened the hatch to go and help him.

When she got there, there was a bit of conflict between Groudon, Kyogre, and Steven's Mega Metagross which created flying debris towards Alan and Manon. Fortunately Hari-san eas there to save the day, and used Pin missle to destroy them. And after that, they when to a cave-like ice to take cover.

After Team Flare took the crystal from a submarine, Mega Rayquaza reverted back to its original form and flew away. When the sun was seemingly setting due to the nlack clouds hovering the battle between the ancients, Manon was seen looking at it, and here comes Mr. Badass. His approach was like a teacher about to scold his student. I didn't understand Manon's dialogue, but after which she spoke, Alan put his left hand over her head and thanked her for saving him. You can actually see Manon's eyes glassy. She went in and gave him a nice, warm hug. Alan was hesitant at first, but he returned the hug anyway.

In the end of the episode, Alan stayed behind to train alongside Lysandre, while Manon flew to Kalos alone.

You can correct any errors I have mentioned so far.

That's all the major shippy context. My opinion? It's still in construction.

Yeah, we got some pretty emotional scenes between the two, and it seems that the episode was focusing a lot on their relationship. We got some pretty good stuff in this arc, I hope that our luck will continue to last and we get something good in Arc IV.